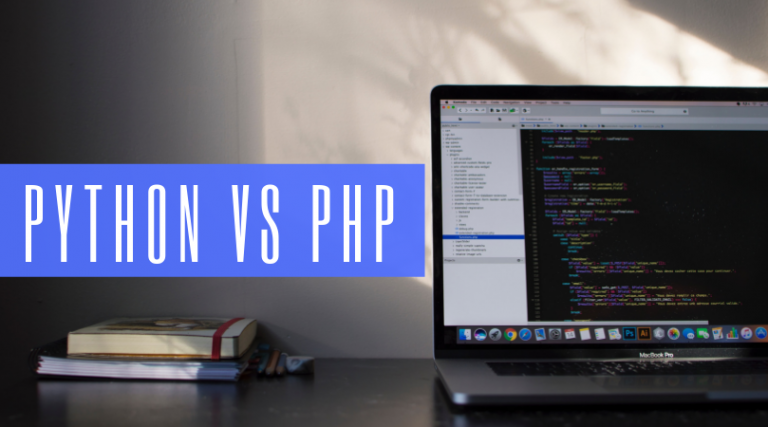 “PHP vs. Python – which to choose for website and applications development?” is a million dollar question. It is a difficult choice to make because, Python and PHP, both are the most popular web development languages today based on convenience of use, project budget and other development considerations. Before analyzing the two in detail, let’s quick learn about both programming languages.

Hypertext Pre-processor or PHP is a server-side scripting language which is widely used to develop vibrant applications and websites. One of the frontline features of PHP is the ability to easily integrate with all major web servers regardless of the operating systems. Even non-technical users can learn a few simple methods to manage websites on PHP.

Why should you use PHP? The primary reasons for selecting this programming language include –

Python is an object-oriented, high-level programming language. It is perfect for quick application development as it has in-built data structures, combined with flexible typing and binding. It also helps code reuse and system modularity as it provides support for different modules and packages. Its focus is on simplicity and readability and since it is one of the fastest programming languages and requires only a few lines of code, Python is a favorite of developers, especially beginners.

Why should you use Python? The following factors are a few reasons for doing so –

PHP vs. Python for web applications – Which one’s better?

Both languages have their highpoints and are loved by developers for different reasons. Python is the entrance to machine learning codes while PHP is primarily used for server-side scripting and development. Under these circumstances, it’s hard to decide which is better and which way should you tilt in a PHP vs. Python contest. For taking an in-depth view of this subject, we have take a few parameters into account and evaluate the two programming languages against set benchmarks.

A framework is defined to be a compilation of code that is contributed and maintained by a community. It allows web developers to develop applications and websites quickly instead of building everything from scratch. A typical framework offers many opportunities and functions to be added to a website and developers can call on these functions while developing a site.

Python, as compared to PHP offers very powerful and versatile framework but the in-built options are rather limited. Flask and Django are two of the most popular options used by Python developers to create websites and applications.

On the other hand, PHP offers a number of large numbers of frameworks which can be used by developers for developing industry-specific applications. PHP frameworks like Laravel and Symfony are maintained by an enthusiastic community and drive applications that are used by millions of users.

In frameworks, therefore, PHP is a clear winner in the PHP vs. Python web development debate.

CMS is a software platform that provides flexible project solutions to the web developers. Whether it is building a site for blogs, an e-commerce store or a corporate portal, CMS makes sure that developers and end users can concentrate on the business angles instead of building the platform from scratch. In fact, WordPress, one of the most used CMS is built using PHP as is other dynamic e-commerce platforms such as WooCommerce and Magento. Python, on the other hand, offers a range of Django powered CMS which have a rather limited following.

Here too, in the race of PHP vs Python, PHP wins by a good margin.

This is definitely the most important parameter to evaluate PHP vs. Python as a programming language. If one or the other is difficult to learn, it is pointless to spend time on it as today, for all practical purposes, developer time is more important than execution time.

Python is an all-purpose programming language and easy to learn. In fact, it is so simple that programming courses for beginners start with Python. Since Python programs are short and easy to write, it is now the much-preferred option for a lot of applications. When compared to other languages, the syntax is much simpler and the code is very readable when evaluated against the same code written in other programming languages.

PHP was never meant to be a general-purpose language and was designed mainly for more sophisticated and complex web applications than simple stand-alone programs. Hence, learning PHP is more time taking than learning Python. However, it had not always been so. PHP was originally meant to create simple personal pages but has grown in complexity.

In ease of learning and PHP vs. Python for web applications, Python wins hands down because of the simplicity of the language and the syntaxes and constructs which are very easy to understand.

So far as community support is concerned, both PHP and Python have an excellent score. PHP has been in the market for a long time for website and particularly app development. Hence, over time it has built up a robust community of developers who are always ready to provide support.

Python matches PHP head-to-head. Here too, there is a large bank of Python developers who are continually developing Python-based applications. Hence, the community support here too is exceptional.

An example of the close contest is the well-known uses of both Python and PHP. Python really took off when Google starting using it for its most popular YouTube. Later, Instagram, Reddit, and Pinterest too joined the Python bandwagon. On the flip side, the world’s largest social media platform has been written using PHP as the primary backend.

There is, therefore, no clear winner in PHP vs. Python in the community support angle.

As in community support aspect, it is essential that any programming language or framework has adequate documentation. This is necessary for developers to pick up the finer nuances of the framework as well as fall back on credible sources for solutions should they run into any problems.

Wide-ranging documentation can be had for both PHP and Python. There are hundreds of discussion boards, websites, and forums that provide excellent tutorials on how to develop applications using these two programming languages. Both are equally good with regard to the availability of documentation.

With unmitigated and equal support for the two, there is no clear winner in PHP vs Python’s documentation. I

High tolerance capacity and low latency are required from server-side applications. Hence, it is critical to know which programming language has a faster execution time.

The older version like PHP 5.x had low execution time but the latest 7.x release is extremely fast, about 3 times faster than a typical Python program. This aspect becomes extremely critical in applications like banking systems that take millions of hits per day. A lag of 3 times can lead to a drastic fall in overall system performance. However, the impact is less noticeable in simple applications. If an application is not latency critical, the difference between 10 milliseconds and 30 milliseconds does not matter much.

In speeds, the verdict of PHP vs. Python leaves PHP a clear winner by a significant margin.

This is a circle – if a programming language is used widely, it means that more developers are working with it and this, in turn, leads to the development of more libraries. Development in that language thus becomes simpler.

In the area of PHP vs. Python for web applications, the latter has a significant lead over PHP because Python has well-developed library support for most types of applications. Further, Python has superior Machine Learning libraries which are particularly useful for the current generation of businesses and startups that are increasingly depending on Machine Learning backed applications.

Some of these libraries are TensorFlow, Keras, Theano, and Scikit Learn. These integrate extensively with the web framework and are fast and easy-to-use. Developing advanced web applications is hence far simpler than with any other programming languages including PHP.

A good programming language should have access to a range of debugging tools acceptable for that language. Without the tools to back them up, developers have to spend considerable time in debugging activity which is definitely not a productive proposition.

Both the programming languages have their own set of powerful debugging tools. While PHP has XDebug package, Python has PDB (Python Debugger). Together, the tools provide the most common and necessary debugging features such as stacks, breakpoints, path mapping and more.

In this PHP vs. Python race, both are on an equal footing and none is a clear winner.

Planning to launch a business website? Watch out for these web design and development challenges

There are many tools and framework that are not free. These are often outside the means of small businesses and startups on a shoestring budget. Many tech companies also prefer to use open-source frameworks and tools instead of paying for them. They usually upgrade to premium offerings with more functionalities if the need arises. However, users of enterprise-level applications like banks and insurance generally start with paid frameworks.

This concludes our verdict on PHP vs Python for web applications in web development. It is in the hands of developers to choose from either of the web development languages. In addition, below are shared exclusive features of both PHP and Python.

For those delving deeper into the two languages, below are the features of both PHP and Python:

In a PHP vs. Python for web applications scenario, both are winners here. They are completely free and open-source. In fact, these two programming languages have a significant lead over other paid web frameworks in features and functionality.

Even though the two have been explained thoroughly over here, which one would you choose to build a website or application? Tell us in the comments section and let’s start a discussion. Planning to build a website and need programming help? Get in touch with us at hello@doynt.com and discuss your website goals.