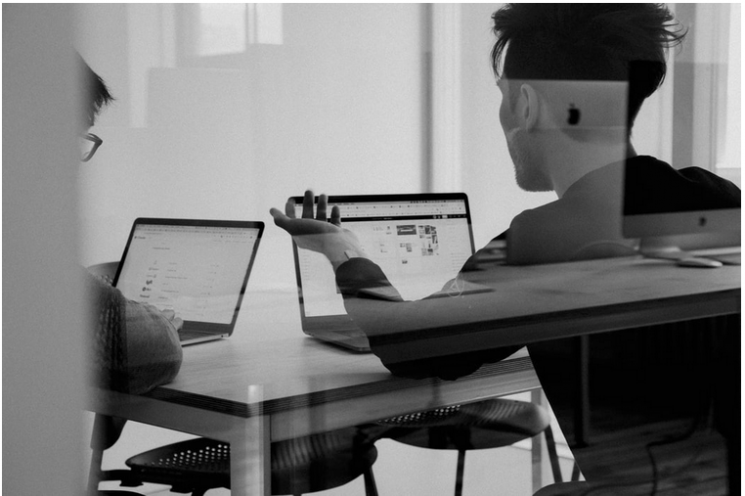 In the field of software engineering, cost estimation is a tough job because of the many parameters that have to be taken into account to arrive at a true and accurate figure. Additionally, it is well nigh impossible to put precise cost-estimates because of the wide variance of factors involved in the process.

Note: Software development cost estimation with everything being equal will not be the same say in the USA, Europe, India, the Philippines, or Australia.

Coming to how much software development costs, various techniques are used in the process but can be generally classified in two:

These rely on mathematical equations to arrive at software costs of which the COCOMO or Constructive Cost Model is widely used. There are many advantages of the Algorithmic model but on the other hand, these methods take time to learn and too much data is required to estimate the current state of the project.

This methodology is easy to learn but the main requirement here is complete information of historical data of similar previous projects which has to be set off against the current project.

There is not a single method which can be considered to be the “best” for software development cost estimation. A combination of these methods or other development techniques – waterfall, Agile – is the way to go.

Technology teams often find it difficult to estimate the costs of data integration and legacy systems into a new application because the requirements shift as technologies evolve. Software development can be likened to remodeling a house; you can never say what is lurking behind the walls! Factors like customer demands, return on investments and competition within the industry often push clients to ask for getting things done faster. The pressure builds for software development teams to quickly provide quotes and estimates.

The constantly shifting requirements from client’s side give rise to a new set of challenges. How should the original estimates for software development be modified and connected to the new needs as the project progresses? Once the development starts, what is the method that teams can deploy to know how much software development costs will be in the final analysis based on the progress already made as per the initial estimates and the fresh needs?

To maintain the credibility of the software development company handling the project, it is essential to inform clients at the earliest of any change in the original estimates and the reasons for it.

Looking for a software upgrade? Book a free consultation & discuss your software goals!

There are several ways to estimate the timeline and cost of a software development project. Extensive studies and researches have proved that if the project can be broken down into small portions of work, and each of them is estimated separately, the results tend to be more accurate.

Here are a few tips for accurate and well-defined software development cost estimation.

Engage stakeholders in the estimation process

As a software development agency, you should involve all clients in the estimation process as early as possible to make them aware of what is critical in the software development cycle. It helps both the client and the developer gain a shared understanding of the process and makes everybody accountable for arriving at the initial estimate.

It often happens that a client wants certain functionalities in the software and if you think an alternative approach is better, you have to explain and convince the stakeholders about it. Once the client understands the costs aspects linked to functionalities, a reasonable solution can be arrived at. This close interaction from the very beginning about functions and cost estimations will help drive more realistic expectations from the start of the project.

Determine benchmarks to estimate the work

For developers, this is not easy to decide on the benchmarks that the costs will be measured against. The solution is to find a piece of the project that is well-defined and on which an estimate can be placed, say about half a day of development time. Once this baseline is selected, it is not difficult to measure the other components of the project against it and arrive at an estimate that is very close to reality.

This method has an advantage. It gives the development team a lot of leeway to adjust to changes quickly and re-estimate the work even after the development work has started.

Break down the requirements for greater transparency

Break down the project into specific requirements to an extent that each component can be handled and built by one developer in a short time. Any part that cannot be subdivided or broken down will not be properly understood for predicting accurate software development cost estimation.

Going through this process will also help clients understand better what it takes to develop a software as they will be aware of the functioning of every part of it. Most of the times, continuous demand for more details by the client slows down the development process.

Being upfront and transparent from the beginning makes it for precise cost estimation, improves quality, and shortens the approval time through better understanding between developers and stakeholders. Breaking down the requirements to manageable proportions also helps the team to set milestones and measure the progress against them, leading to project success and cost-effectiveness.

Put together the right team

A team is not just about developers; there should be a strong back-up group too along with policies and checks in place to decide accountability. This should be kept in mind when arriving at the cost estimation. This point is very important and will be examined in some detail below:

For a software to provide value, users should be able to apply it effectively. To do that, the project should have experienced business analysts who can write good requirements which in turn will lead to efficient development. Include a designer too who can provide a good interface that results in meaningful flow as well as an attractive design.

Another area that is too often overlooked is building a QA testing plan and the resources needed to do so. The team should be prepared to test early and continually to identify any problems with the application when the code is still fresh in the minds of the developers.

Another method is to build a team to arrive at precise software development cost estimation to use ratios of these roles to developers. For example, a single business analyst can support a specific number of developers only. If the developers are coding faster than the analysts are writing the requirements, the developers will be idle and several dollars and resource time will be wasted. Developers who have a good back-up cast are better equipped to create good code that meets requirements, budgets, schedules, and cost estimates.

Don’t give up on apparently small matters

Even after you have evaluated the requirements for developing software and delegated the work to the developers and the supporting cast, there are certain minor details that you should not ignore as it can affect the estimates. There are a host of questions that you should ask and answer.

The impact of holidays and vacations on the schedule, and finally the cost to include one feature should be taken as a standard to estimate the total cost with multiple features included. These questions should form an integral part of the overall how much software development costs.

The product owner is the king

Always remember that the single most important person in the whole project of software development is the product owner. He/she is the person who should be empowered to focus on the project and make the important decisions. The product owner will drive the requirements, adjudicate on the differences between business and technology and lay out the priorities so that the team can work accordingly and deliver results as quickly as possible.

A product owner who is overwhelmed by too many other activities jeopardizes the project. It is then not possible to establish clear authority and dedicate time to the project. In such cases, there is bound to be unforeseen contingencies which will add to the total development costs.

When the software development cost estimation is based on the speed of development, it becomes easy to determine whether the software is being developed on pre-decided lines. Standards decided on earlier will help you identify whether team members are performing as expected.

It is rare for teams or developers to produce exactly as per set metrics because some will work quickly while others will be lagging. But when the non-performing developers are too slow, there will be a lot of friction in the process from design, to requirements, and to architecture. Further, by comparing actual speed to original estimates, stakeholders can identify budget misalignment faster and take corrective action. It is desirable to identify a problem in the early stages and adjust the basic development estimates as quickly as possible.

Does software cost estimation ever go off the mark?

Yes, they do, even after you take all the precautions as given in the points above. And the main villain of the piece is surprisingly weak and poor leadership and requirements. Contrary to popular notion, technology is rarely ever the cause of project failure because even the best of developers and the greatest of technologies will be rudderless without strong leadership to give direction to the team developing the software. Leadership has to explain the end goals to the team and act as business drivers while estimating the cost with the project team.

Software development projects suffer a setback when developers cannot build quality code because requirements are vague. When they face any hurdles, it is the leaders who must step in and make quick and informed decisions or else project timelines, budgets and estimates will go haywire.

Planning a new website? Here’s what to choose between responsive and adaptive web design!

The software industry is efficient and competitive because of its ability to adapt to rapid changes in technology that require the implementation of complex software systems in cheap and cost-effective methods. However, by pursuing affordable processes, the quality of software cannot and should not be compromised with and this is one of the major challenges faced by software development companies.

When a strong leadership is not available to clear roadblocks, any software development cost estimation should include contingency plans to take into account the uncertainties in the software development cycle. It is preferable to deal with these issues at the planning stage only rather than derail the project midway.

Estimating the timeline and cost of software development requires all hands to work in cohesion, from developers to QA to business analysts. The cost of the end product will then be near to the initial estimates.

Contact us at hello@doynt.com for a precise and accurate quote and software development cost estimation.